When testing out different hair colours over the years I’ve tried out both hair dye with ammonia, and ammonia-free dyes. In this post I will explain the differences of each and why you might want to choose one over the other.

Before we get into the differences between hair colourants with ammonia, and ammonia-free products, be aware that both of them contain harsh chemicals. Don’t be fooled into thinking that just because it’s ammonia free it won’t damage your hair. Any hair dye will weaken your hair!

People with sensitive scalps, or who have had a previous allergic reaction to ammonia may wish to opt for an ammonia free hair dye, but it isn’t necessarily the better choice. Although ammonia has been linked to hair damage, it will give you more vibrant color than its substitutes. It will also last longer on the hair, and be easier to rinse off.

In this post I will break down for you the reasons why ammonia is used in permanent hair dyes, what ammonia-free hair colour really means, and which would be the best choice for you.

My Video on Hair Dye with Ammonia

The two articles that I mention in this video are the Olaplex Bonding Oil review and the list of cheaper alternatives to Olaplex.

Why is Ammonia Used in Hair Dyes?

Ammonia is a useful ingredient in hair dye. It is an alkaline chemical with a small molecule size, which means it can make the hair shaft swell and the hair cuticles open up. This makes it easy for hair dye to then be absorbed into the hair.

Our hair is naturally slightly acidic, and in order for hair dye to be absorbed into the hair it’s necessary to use an alkaline chemical. Alkaline chemicals change the pH level of the hair and open up the hair cuticles.

As well as potentially damaging the hair, ammonia has also been linked to skin irritation in sensitive individuals.

Despite this however there are still advantages to using ammonia in hair dye over its substitutes. It makes the colour brighter and more vibrant, and makes the dye last longer. Since ammonia is a small molecule it’s also easier to rinse off and less likely to leave behind residue.

Ammonia free hair dyes use alkaline chemicals which have much larger molecules. These large molecules are less able to saturate the hair shaft than ammonia, and cause less hair swelling. This means they are less likely to damage the hair, but at the same time the dye cannot penetrate as deeply.

Whats the Difference Between Ammonia and Ammonia Free?

Ammonia has gained a bad reputation for causing damage to the hair, and this is why there are alternative hair dyes available which are labelled as “ammonia free”.

Although these dyes may be free from ammonia however, they still contain other alkaline chemicals which are similar to ammonia. Since it is hard to get the hair to absorb hair dye without an alkaline chemical, all hair dyes will contain something to alter the pH of the hair.

The most common substitutes for ammonia are monoethanlamine (MEA), and aminomethyl propanol (AMP).

These chemicals have much larger molecules than ammonia. This means they evaporate less quickly, and don’t give off such a strong smell. The large molecules however also mean that they are more difficult to rinse off the hair, and often leave residue behind. Ammonia free substitutes also won’t last as long or be as vibrant as hair dye with ammonia.

Ammonia free hair dyes are often marked on the front of the box with “No Ammonia”. The photograph below is an example of an an ammonia free semi-permanent color from L’Oreal.

Can You Get Permanent Colour Without Ammonia or Peroxide?

If you want a permanent colour that lightens the hair, you won’t find a product that doesn’t contain either ammonia or peroxide. There are some natural ways to lighten your hair such as using a chamomile tea rinse, vinegar, or lemon juice however the results are unpredictable.

If you already have light hair you may be able to use a natural hair dye like henna, but this may not show up on darker hair types. Natural hair dyes are also usually not permanent and will fade over time.

This depends on the condition of your hair, how often you wash it, and the hair dye you are using. There are some ammonia free hair dyes available which are permanent, however you may notice that the colour is less vibrant after around three months.

If your hair is in good condition, you wash it around 2-3 times a week, and you are using a permanent ammonia free dye (which usually contains hydrogen peroxide), your colour can last up to 14 weeks before it starts to fade.

From my personal experience I have noticed that the colour of both ammonia free and ammonia based dyes doesn’t last and will eventually fade.

I had my hair dyed several years ago with a permanent dye that contained both ammonia and peroxide. After around six months the blonde colour had become slightly ginger. When I tried an ammonia free permanent dye I noticed that the colour started to fade about two months earlier than when I had used the dye with ammonia.

The summary below sums up the basic differences you need to know between ammonia based and ammonia free hair dyes.

You can get both semi permanent and permanent hair color that are free from ammonia. “No ammonia” dyes are considered better for hair health if you are going to be coloring your hair regularly to hide gray hairs.

If you are interested in hair coloring using natural ingredients the following article lists a number of different options which include organic ingredients, and dyes containing emollient oils such as coconut oil. These might be a good option for you if you want to avoid ammonia due to scalp irritation or sensitive skin.

Yes, hair dyes contain either ammonia or hydrogen peroxide to lighten the hair.

What is monoethanolamine in hair color?

Monoethanolamine (MEA) is often found in ammonia free hair dye. Like ammonia it alters the pH of the hair, but it is less volatile and damaging than ammonia. Hair dyes containing MEA are less likely to cause damage during the coloring process.

What's the difference between ammonia and ammonium hydroxide?

Ammonia becomes ammonium hydroxide when it reacts with water. They both work in hair dyes to alter the pH of the hair and prepare the hair to absorb the new colour.

This Post was All About Hair Dye with Ammonia

Thank you for reading my post about ammonia in hair dye. Remember that any hair dye will open up the hair cuticle and will make the hair more porous over time if you use it regularly. Coloring the hair too often has also been linked to hair loss so try to prevent the hair dye from touching your scalp if you can. 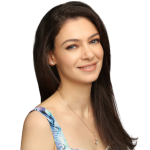 Olivia is a hair and skincare enthusiast with over 10 years experience working in healthcare and over 5 years as a Registered Nurse. She gained an online following after creating a natural haircare routine which completely transformed her hair. Olivia has since written an eBook on Ayurvedic hair care to help others use the same formula to improve their own hair.

Find me on: Web

You may also enjoy:

Olivia is a hair and skin care enthusiast, and the founder of UK Beauty Room. What began as a hobby is now a top beauty blog with over 100,000 readers every month. Olivia lives in London where she works as a Registered Nurse.

END_OF_DOCUMENT_TOKEN_TO_BE_REPLACED

UK Beauty Room is a participant in the Amazon Services LLC Associates Program, an affiliate advertising program designed to provide a means for sites to earn advertising fees by advertising and linking to Amazon.co.uk. As an Amazon Associate we earn from qualifying purchases.